Today I performed the word wrap kata mentioned yesterday in Ruby as a practice run after lunch. It went fairly well. I was of course nervous and managed to fat fingered or overlook a few things in the usage of my editor (vim) and a missing comma in a method definition (Clojure on the brain). The feedback was to run each test directly after writing it to show the red (fail) before writing code to make it green (pass). Another suggestion was to have more narration or use music. Now that we are doing a review process for katas before they are performed at 8th Light University on Fridays I can probably get some good feedback on beneficial narration. I think good narration is likely the hardest part of performing a kata.

I think Doug had me perform the kata sooner than later even though I didn’t feel quite prepared enough in order to show me the value of doing katas. I struggle to see the value of katas but I suspect it is fine to ignore that way of looking at it as the value is in the doing not in the thinking (before the fact). It seems somewhat like chanting common in Buddhism. It’s foreign if not slightly jarring to those not used to it and the value is very hard to see as a non-participant. Both suggest daily practice too. I’ll keep going down the path of the kata. 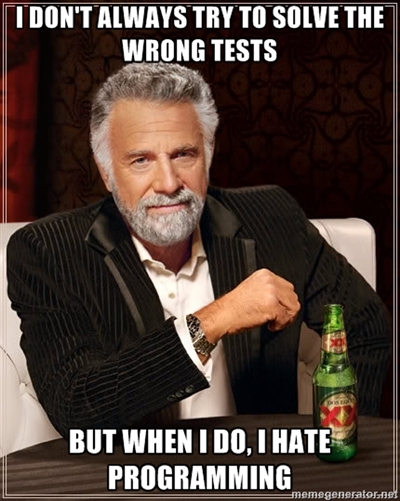 The rest of the day I spent on some edges of Clojure that will be useful for in my HTTP server: